In Ian McEwan’s Solar, there’s a bit where a group of artists gather in the Arctic to high-mindedly debate the issue of climate change, only to end up at each other’s throats as a result of sloppy habits in the boot room. Something similar, although on a much larger scale, occurs in Brian Aldiss’ new novel, Finches of Mars. A settlement has been established on Mars’ Tharsis Shield by a philanthropic organization called the UU (the United Universities), which believes that the only hope for an overcrowded planet is for the brightest and best to go forth and populate other worlds. However, the settlement is soon worn down by a grinding series of practical problems. Unable to sustain themselves, they’re dependant for food and medical supplies on erratic deliveries from Earth. Petty jealousies arise, as do feelings of homesickness and despair. It might help if they all pulled together, but they’ve carried the geopolitics of Earth with them, and the six towers that make up the settlement rarely communicate with one another.

Worst of all, the women of the Tharsis settlement are unable to give birth to healthy babies due to the effects of low gravity on foetal development, and if they can’t produce new Martians, what chance is there of a future? Some profound evolutionary change is needed, especially as back on Earth things seem to be going from bad to worse.

Stylistically, Finches of Mars is a throwback to Aldiss’ witheringly dry alien genocide satire, The Dark Light Years. It reads in part like a parable, in part like a potted history (it has footnotes and an appendix summarizing a key book by the UU’s founding father), and in part like a novel of ideas in the manner of Aldous Huxley. The upside of this approach is that it enables Aldiss to move briskly through swathes of time and encapsulate in a few sparse, elegant paragraphs, what could otherwise have been indigestible lumps of abstract discussion. And it especially pays off when it comes to portraying Earth’s descent into Armageddon, something that just seems to happen, with no readily identifiable tipping point.

The downside, though, is that, as in Huxley, the characters feel like mouthpieces for various points of view and nuggets of info, and it’s only in the second half that they even begin to come into focus. The novel also suffers from an uncertainty of tone – bleak and chilly for a good two-thirds of its length, but increasingly whimsical thereafter. Taken on their own merits, these humorous interludes are among the best things in Finches – for instance, there’s a fun chapter where one of the settlers, a keen swimmer, goes down a hole to explore the settlement’s underground water supply and comes up wrestling several lizard-like creatures, thus unwittingly entering into the history books as the person who discovered life on Mars. The trouble is, passages like this sit oddly with what has gone before and seem like interlopers from a lighter and more frivolous work.

But even if Finches isn’t as technically assured as some of Aldiss’ previous writing, you have to admire the ambition of its theme. Can mankind truly survive in the long term without evolving, without becoming something different? And what would it take to make that happen? It’s a topic which, you sense, might well have some personal significance for Aldiss – those settlers stuck out there on the cold, unwelcoming surface of Mars are perhaps a metaphor for himself in old age, contemplating eternity and a changed state of being. And, whatever its flaws, the book is a welcome reminder that science fiction can be something more than just stories of space pirates and clashes between armies of tech-augmented super-soldiers. Finches of Mars probably won’t be making it onto a list of my all-time favourite Aldiss novels, but it’s wonderful to see one of the greats of SF still putting pen to paper and giving us his thoughts on the human condition. 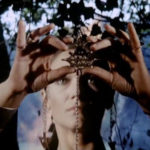 Now to a great of the horror genre. Following on from the release of Black Sunday and Lisa and the Devil earlier this year, Arrow Video have issued another pair of films from cult Italian director Mario Bava in sumptuous dual-format editions. Set in what was then modern day Austria, Baron Blood (1972) concerns a young American tourist who learns more about a notorious ancestor than he bargained for when he recites a witch’s curse that brings the evil old impaler back from the dead. What follows is a stalk-‘n’-slash with Gothic trappings – not top drawer Bava and a little raggedy around the edges, but still vastly more colourful and engaging than most current exercises in the genre. Black Sabbath (1963) is a portmanteau film consisting of three tales, and it shows the director at or near his very best. Pick of the segments, for me, is The Telephone, a cruel and stylishly mounted little story of voyeurism and betrayal. The hi-def transfer is stunning, doing full justice to Brava’s almost indecently glamorous cinematography. Although his films vary in stature, Bava is a true virtuoso, with even the least of his movies galvanized by flashes of unique flair, and that’s what makes him a director to fall in love with. 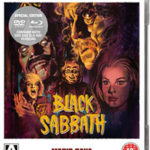 And by the way, if it’s tales you want, check out The New Twilight Zone: The Complete Collection, which brings together all three series of the ’80s revival of the seminal show in one mammoth 13-DVD box set. No Rod Serling lead-ins, but the acting talent includes Bruce Willis, Helen Mirren and Morgan Freeman, while episodes are helmed by the likes of William Friedkin and Wes Craven. It contains a couple of cracking timeslip stories. In Profile in Silver, a historian from the far future goes back to the ’60s to study President Kennedy and has to complete his researches by attending his hero’s assassination – but can he really just stand by and let it happen? Meanwhile, the Theodore Sturgeon story, A Matter of Minutes, is about a rather sweet couple who find that they have “stepped backstage in time”, where they get to see how each moment in history is laboriously constructed by an army of labourers in blue boiler suits. “What’s that noise?” “It’s the sound of actual time approaching!”