The Aeon Award 2012 was the 7th International Aeon Award Short Fiction Contest and ran from the 1st of January to the 30th of November 2012, with the winning stories announced online at albedo1.com on 12 March 2013. 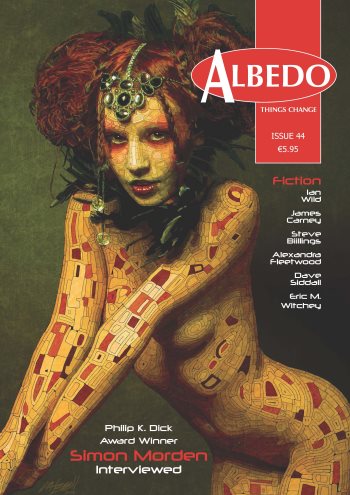 Albedo One, issue 44, featuring the winners of the Aeon Award 2012.

We congratulate Ian, Steve and Eric on their success in the contest this year. All three stories have been published in Albedo One issue 44 (see inset).

Finally, the contest could not exist without the support of all the authors who submitted their work in 2012, shortlisted or otherwise, and we look forward to reading your work again in future Aeon Award contests.